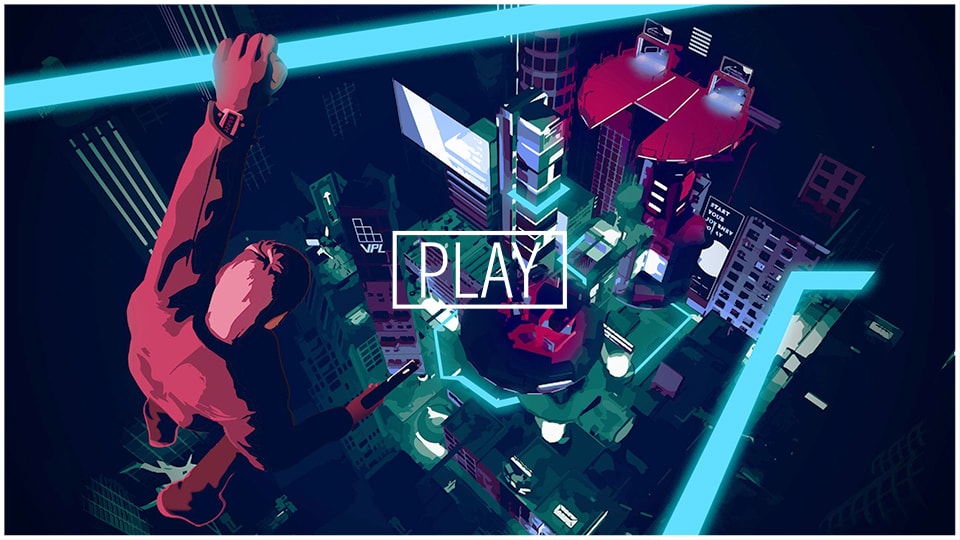 Creating 3D models for games is a particular challenge. Not only they have to look appealing from many different angles and be perfomance saving at the same time. Though levels became bigger and bigger I had to follow these two requirements at all times. Since we decided to use almost no complex textures, the models needed to deliver some detail while keeping the poly count as low as possible.

The game takes place in a cyberpunk city environment. The idea was to take visions from the 80s about the future we currently live in. Hence you can see flying robots and laser weapons, but at the same time old CRT monitors and other references to 80s and 90s SciFi movies. In order to complete the campaign, the player has to reach the top of a large tower and catch the last spaceship to leave the planet.

The environment contains a subway, several different streets and alleys (including an abandoned ghetto, a red light district and a small construction area) as well as the large main tower. 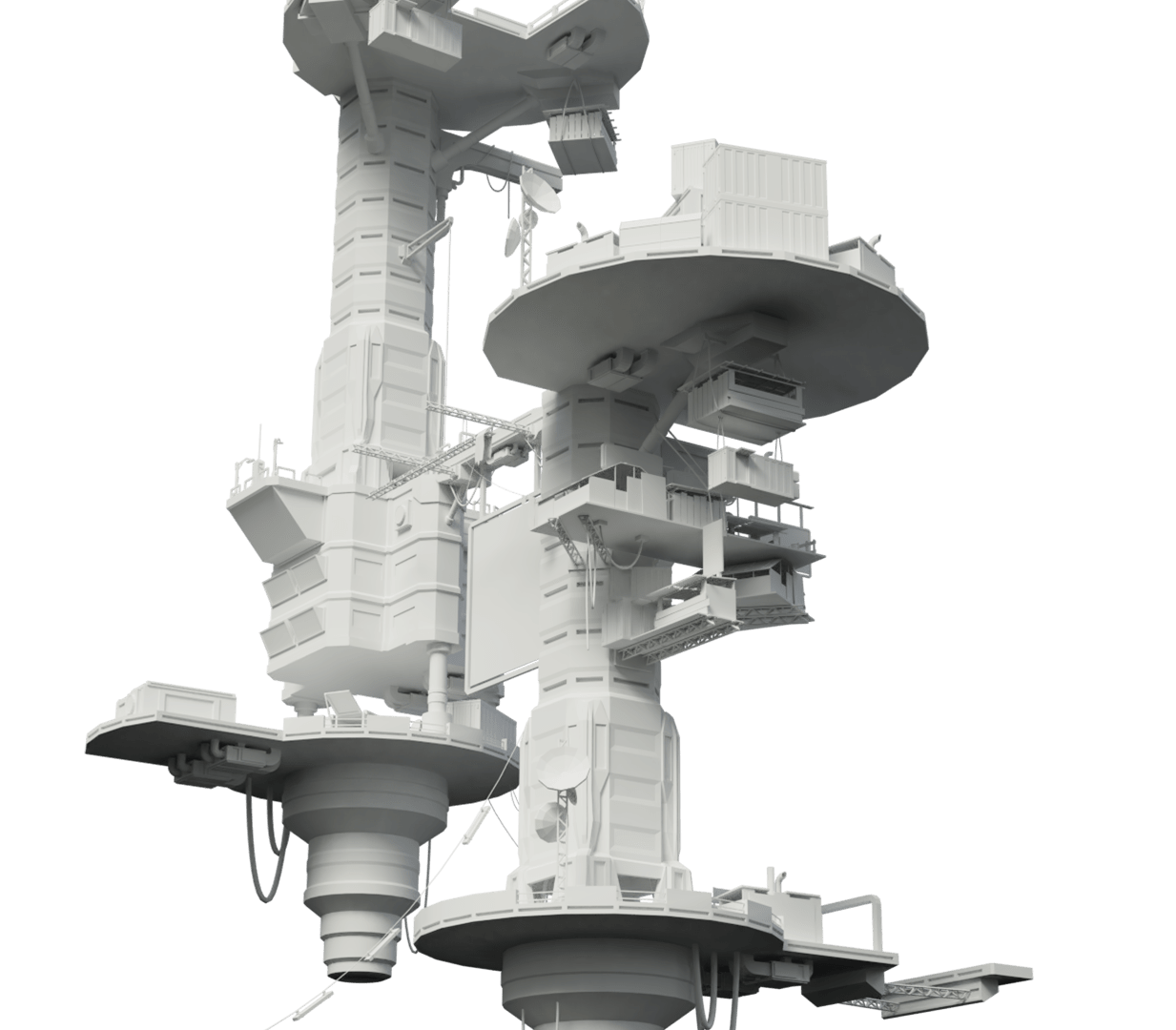 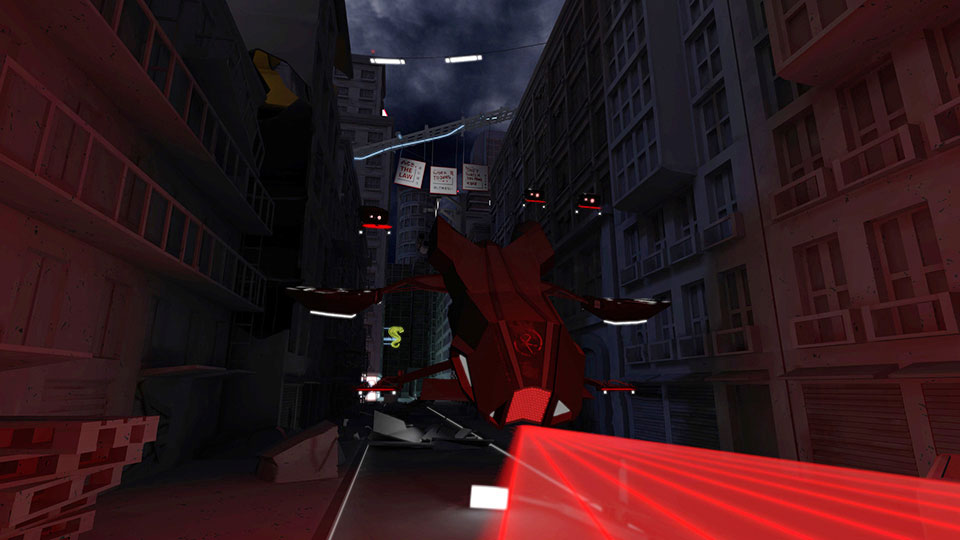 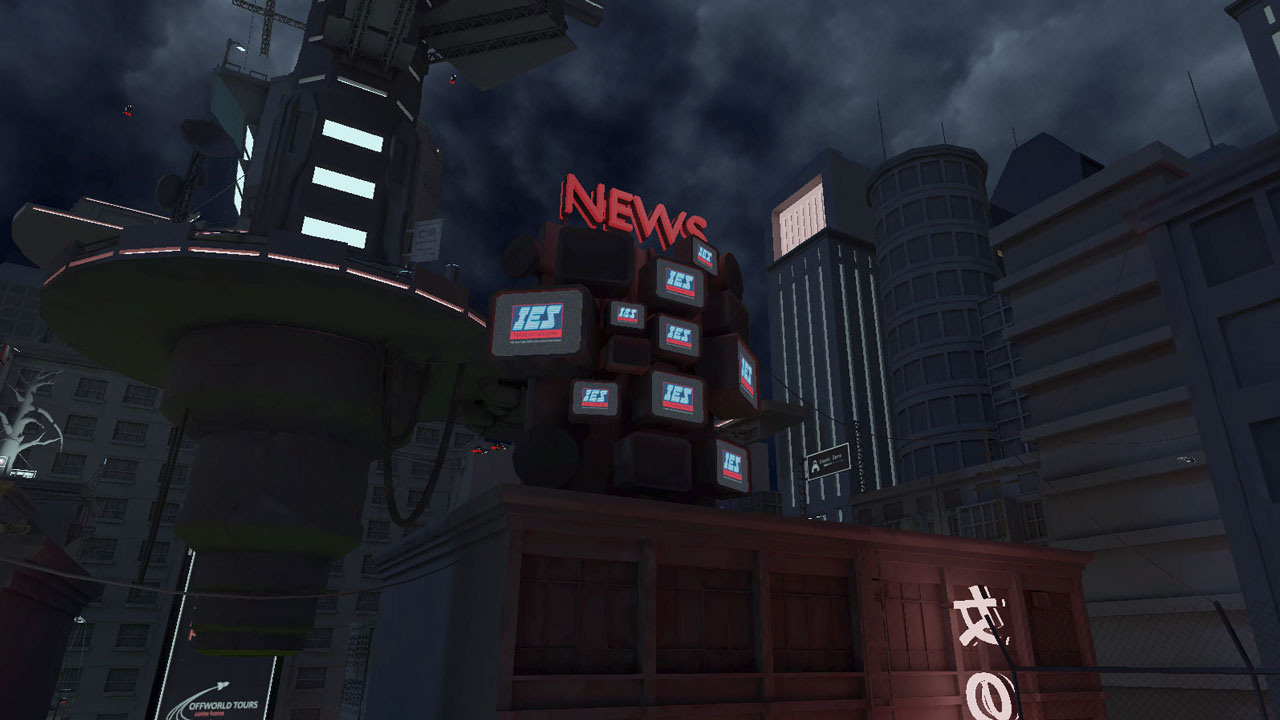 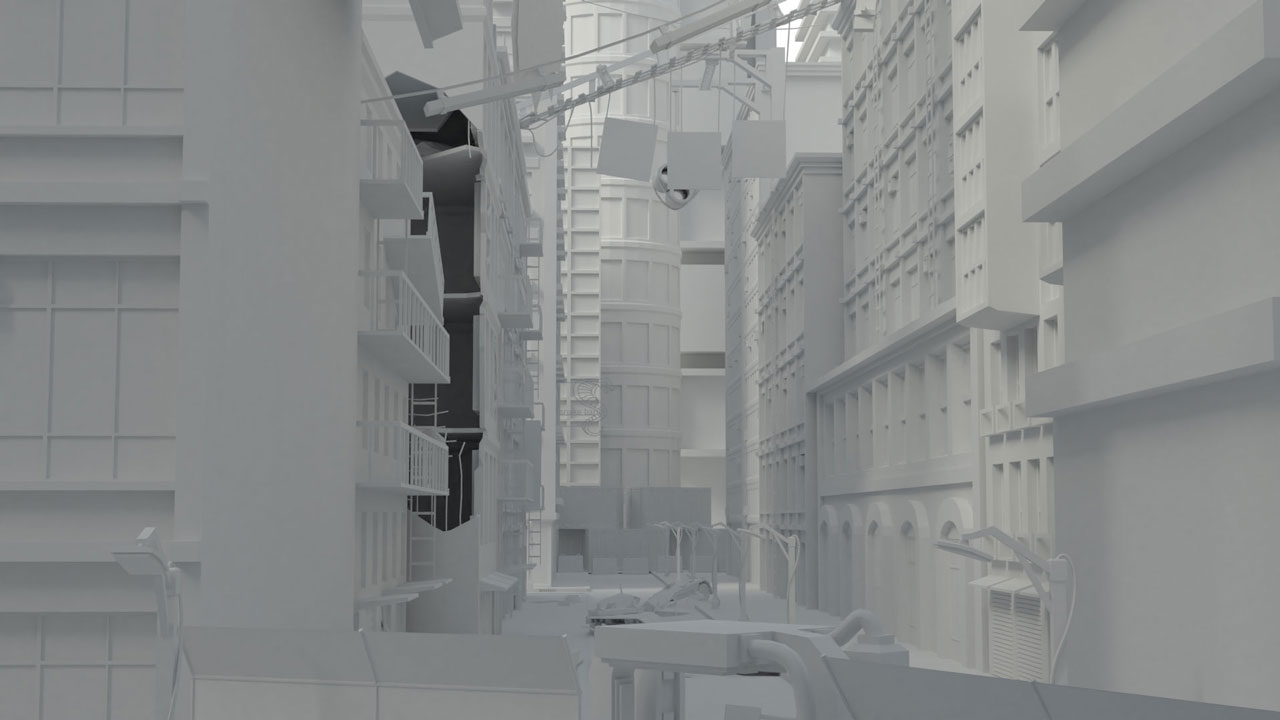 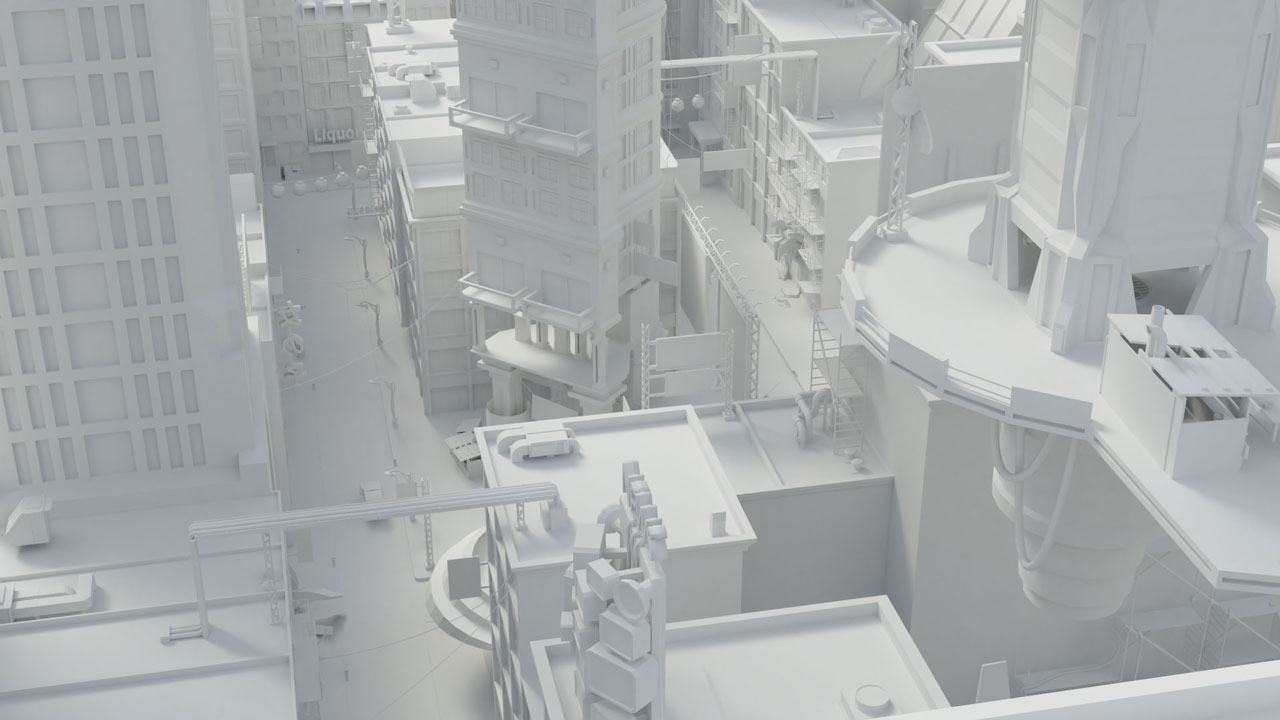 In addition to the environment, I also modelled most of the vehicles in the game. This includes ally and enemy drones, police cars and the large space ship the player needs to reach in the end. 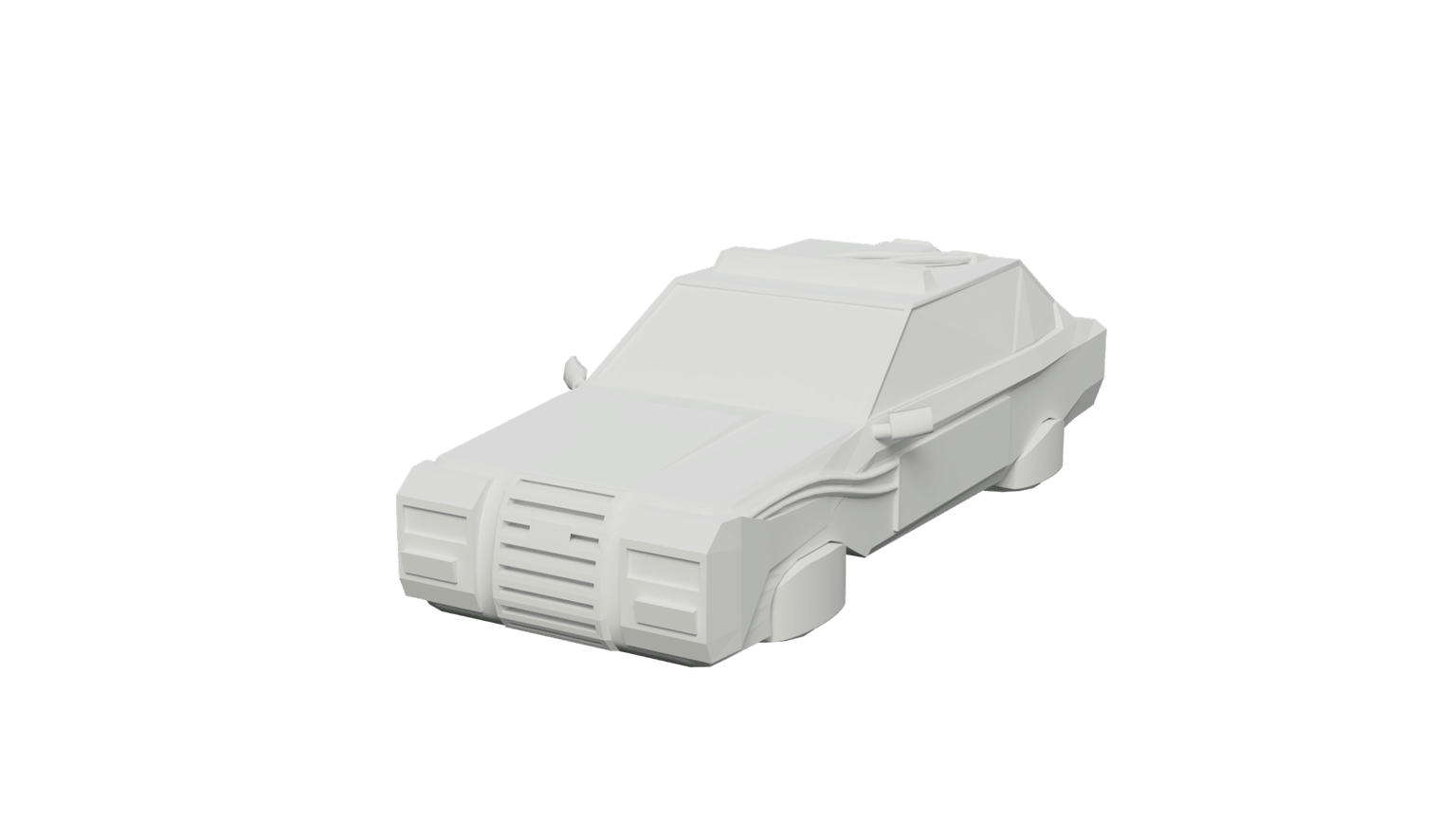 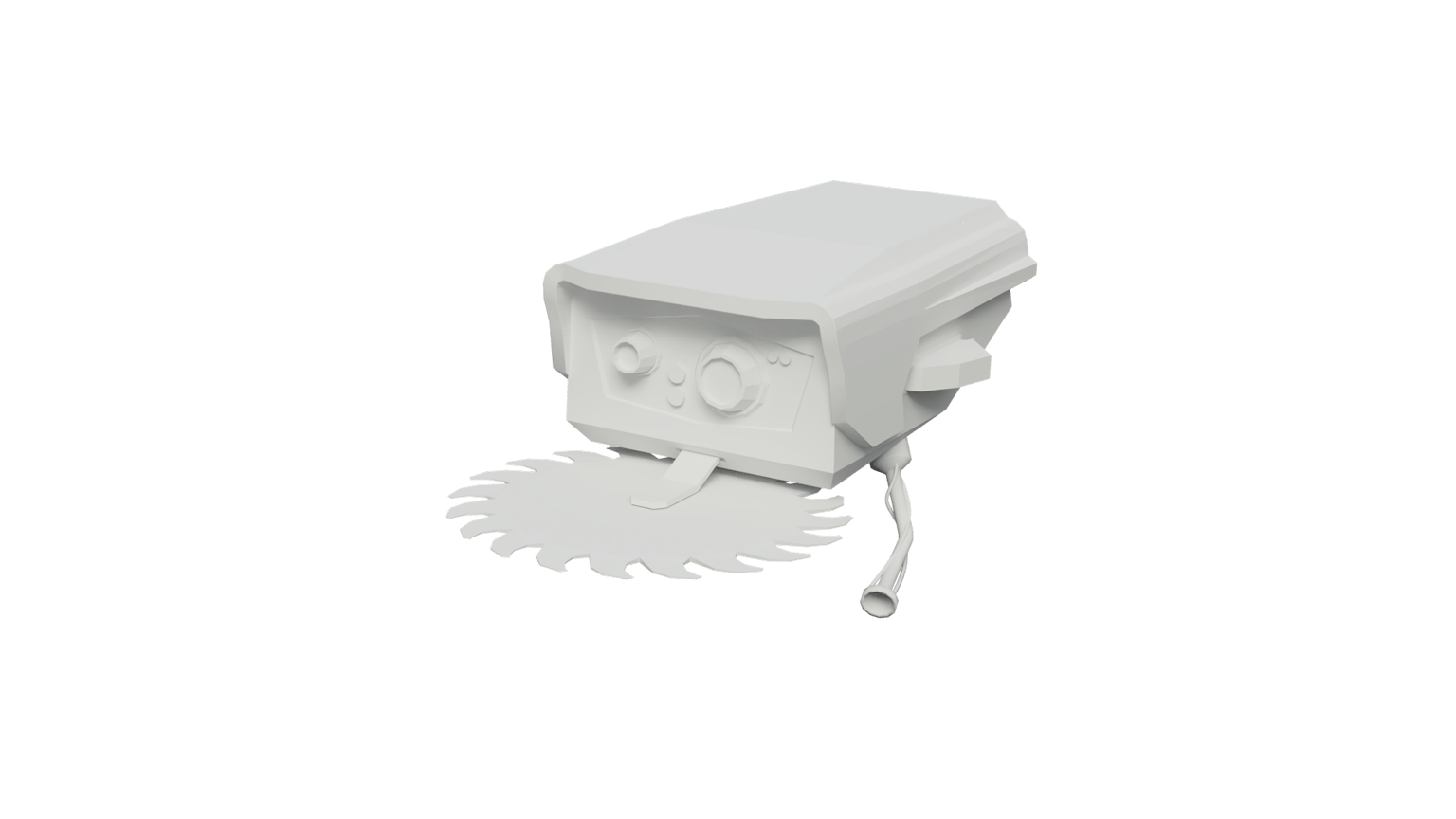 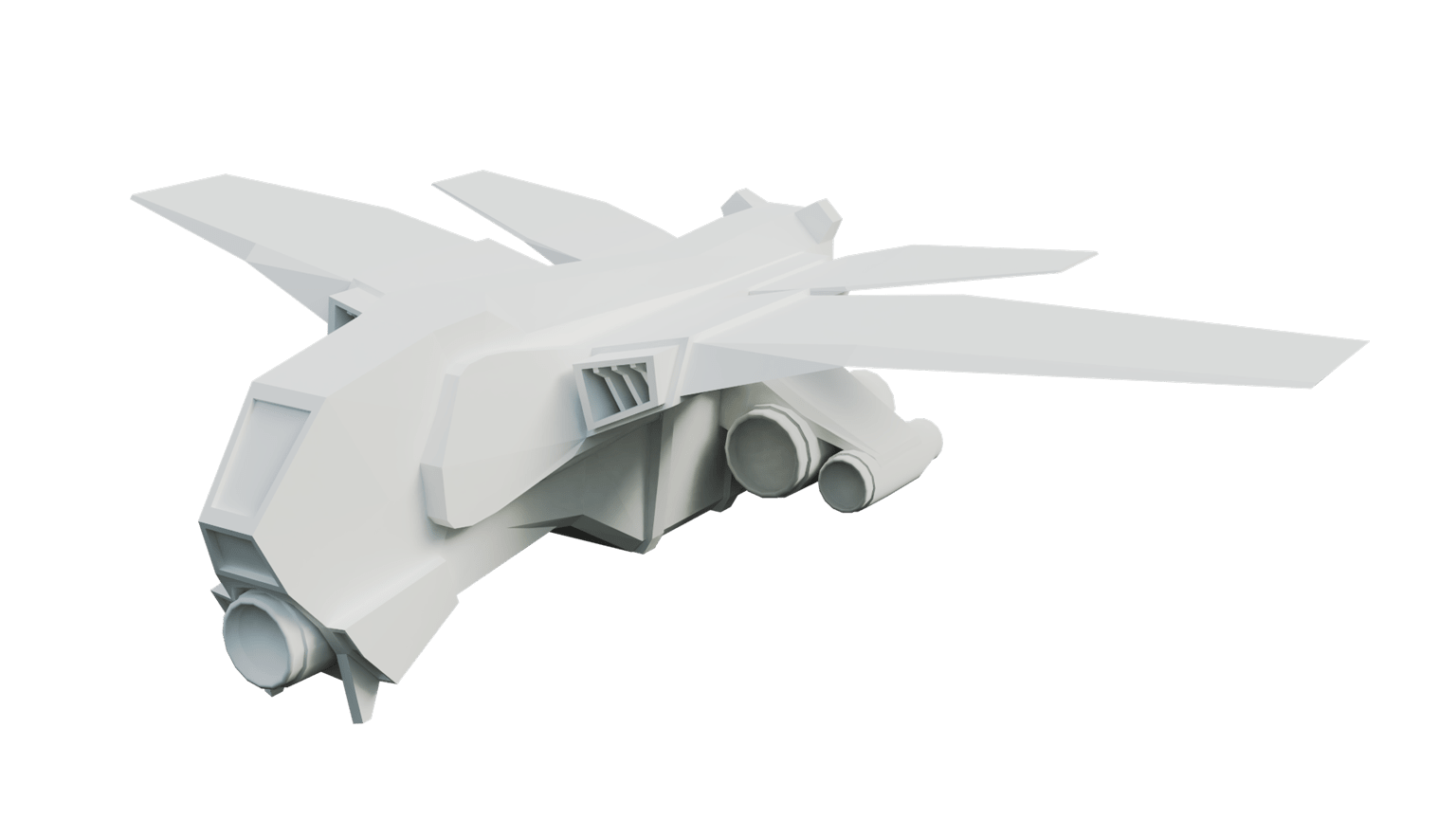 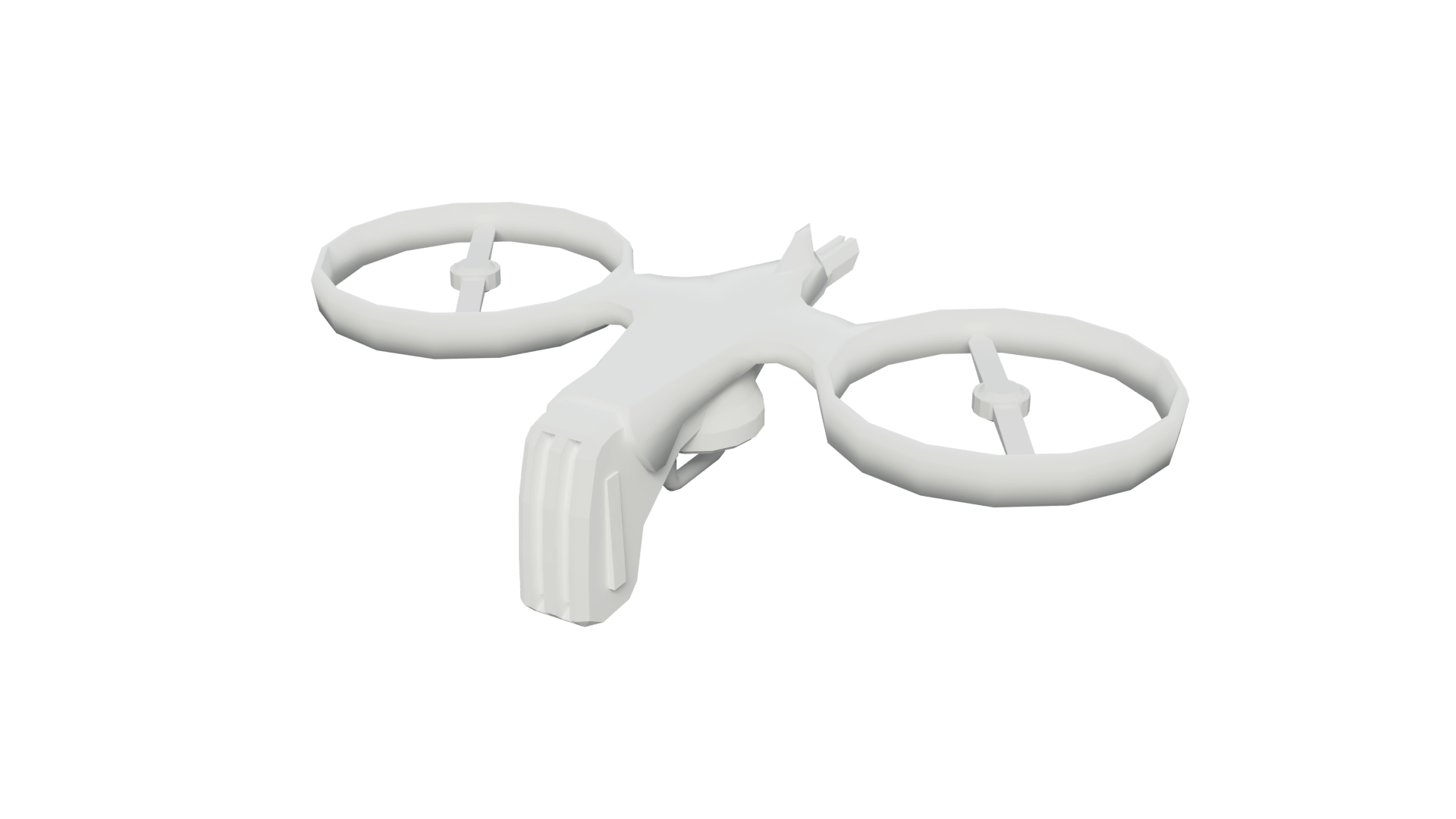 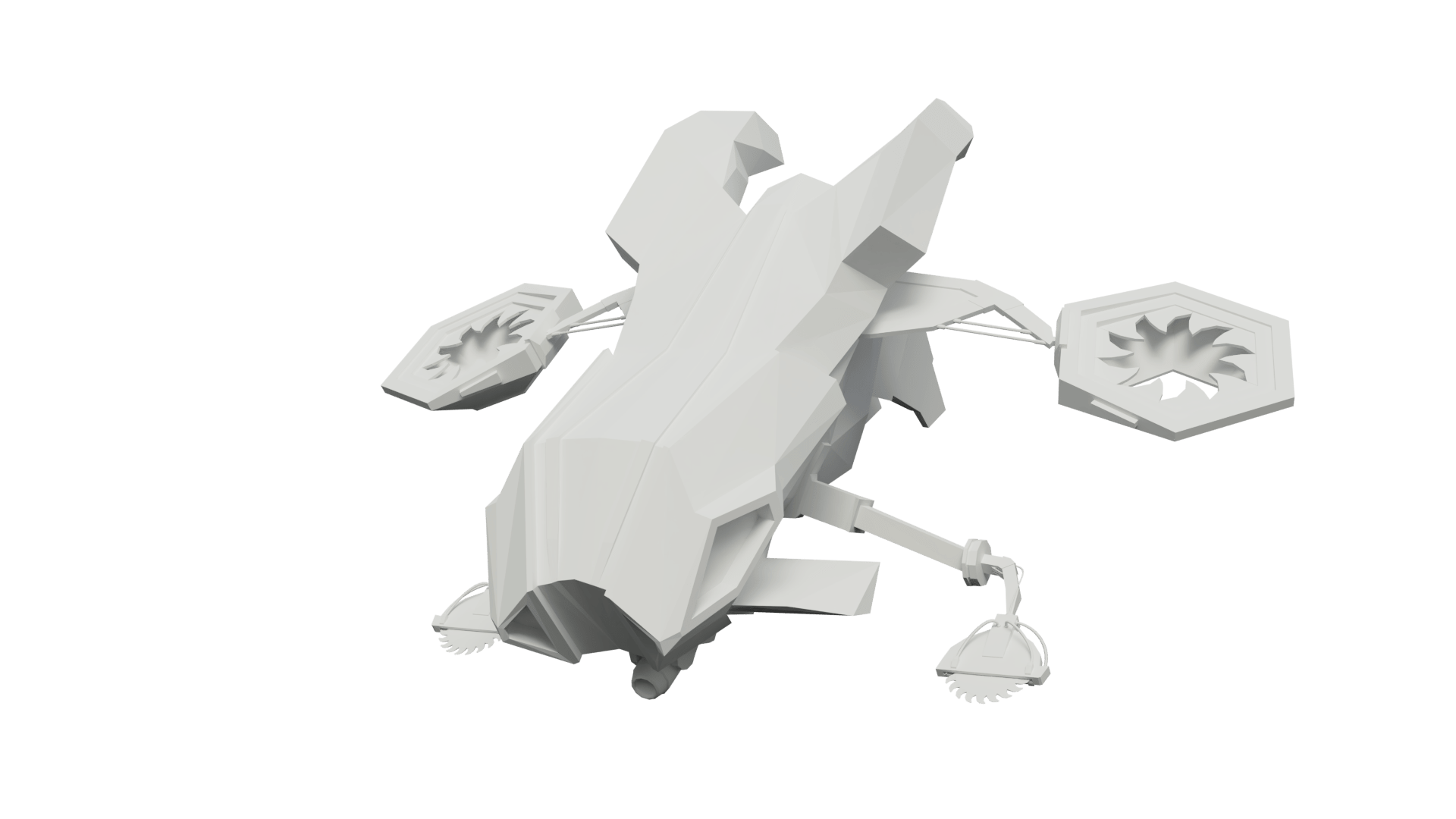 Since the campaign is taking place at night, most of the light comes from neon billboards and small light sources. Textures had to be extremely simple in order to fit into the basic look. The environment only utilizes a few different materials. Vehicles share a dark, worn metal texture. 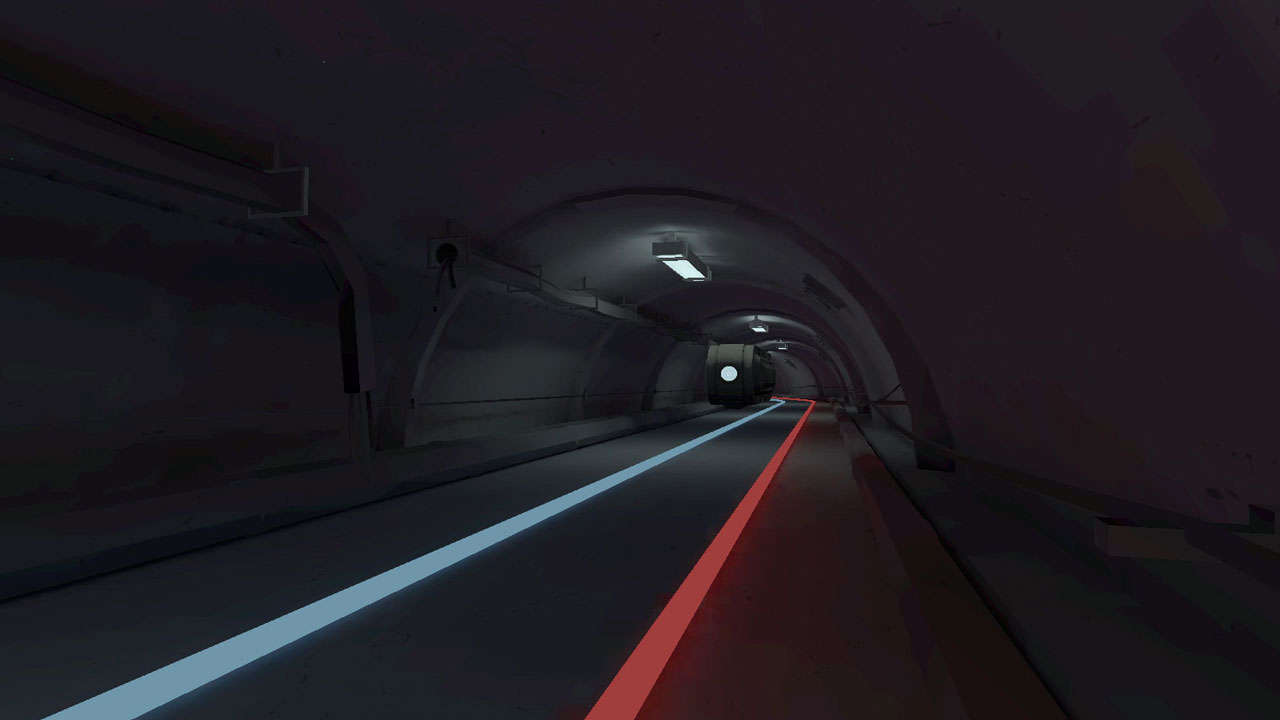 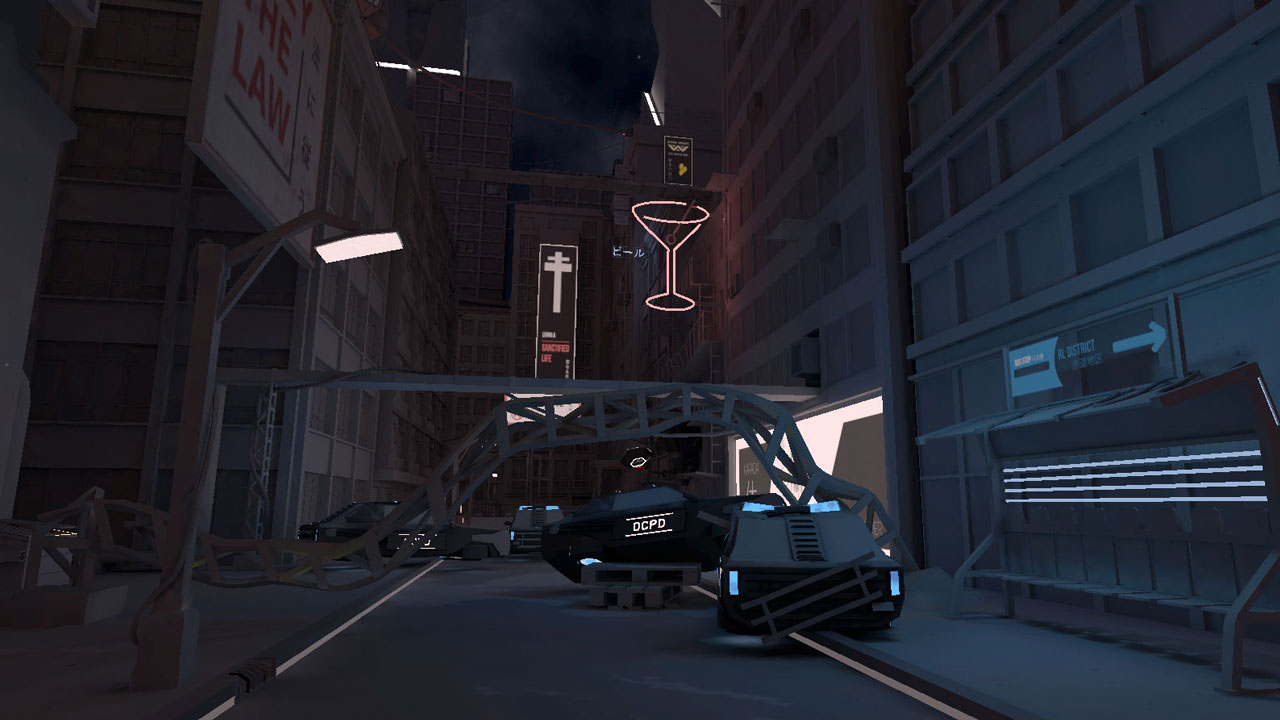 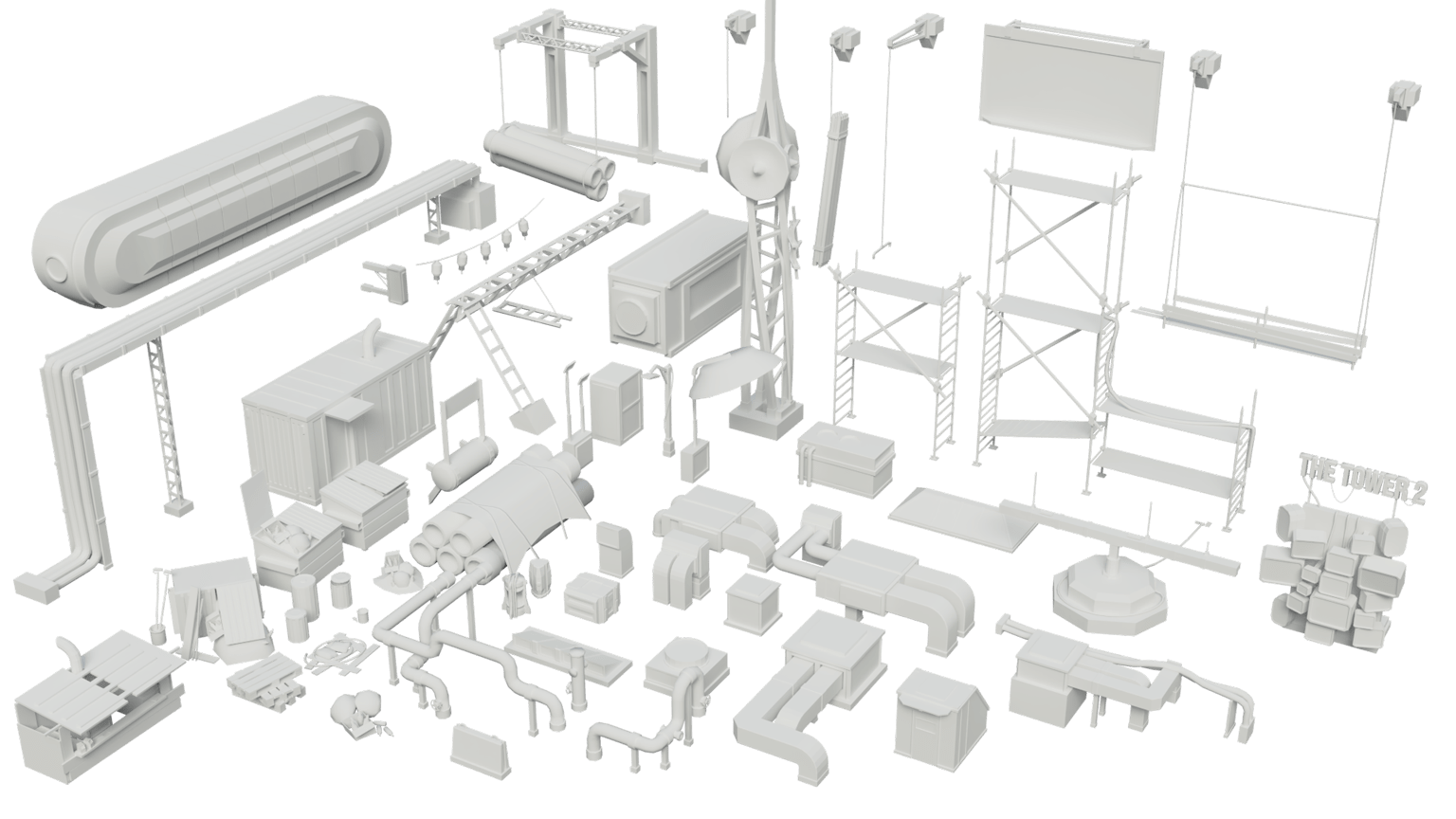 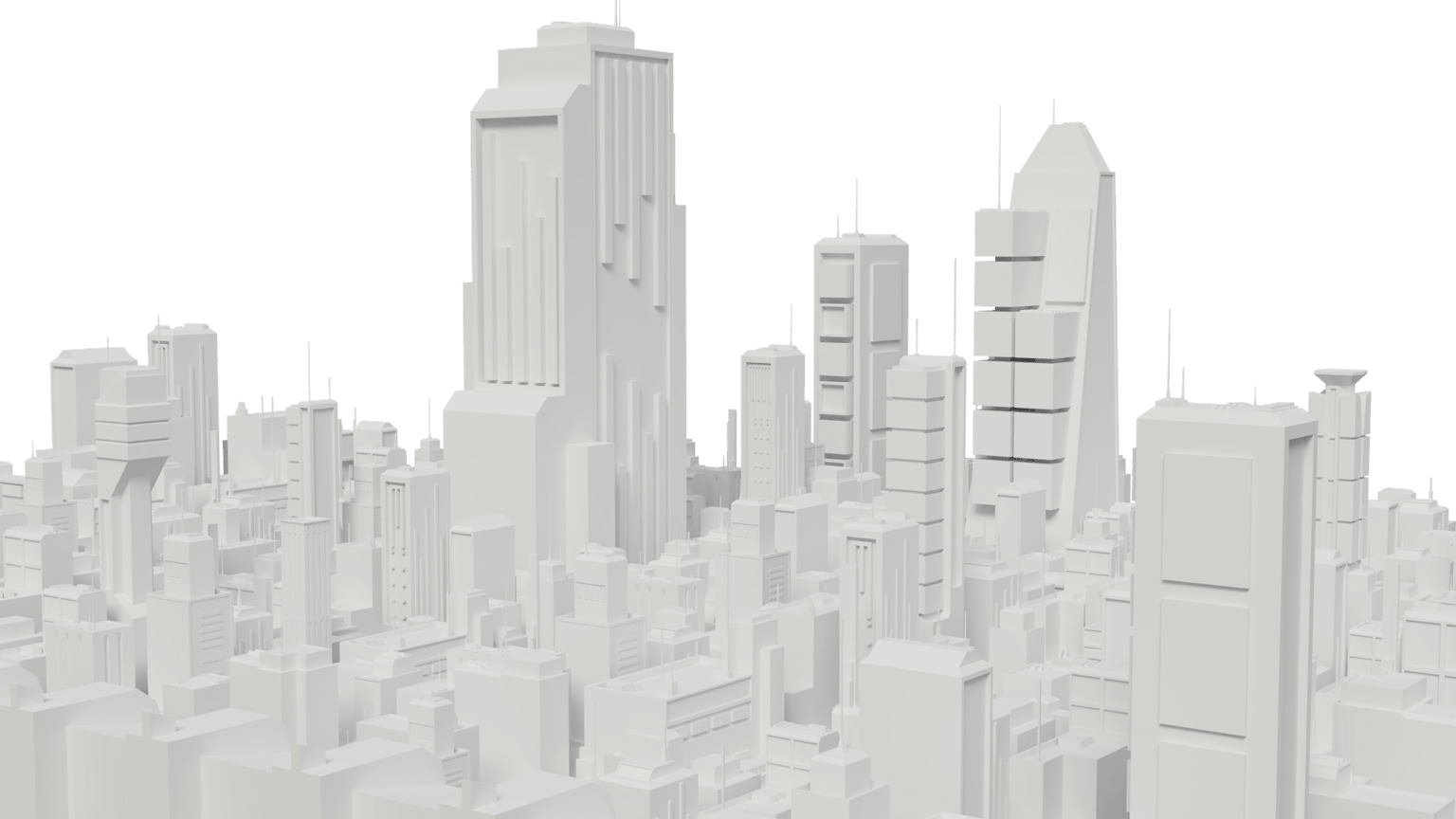